On 2 March 2012, Latvian Foreign Minister Edgars Rinkēvičs declared two officials from the Historical Memory Foundation (Moscow) personae non gratae not only in Latvia, but throughout the Schengen Area as a whole. They are Alexander Dyukov, its director, and Vladimir Simindiei, its research programme manager.

This decision stems from the organisation by the Historical Memory Foundation of an exhibition of photographs and oral testimony concerning Russian and Belarusian children forcibly deported onto Latvian territory, and particularly to the Salaspils concentration camp, in 1943-1944. The exhibition was opened in Moscow on 19 January in the presence of historians from Latvia, Germany, France and Belarus. It is due to be shown in Riga at the end of March.

The Historical Memory Foundation is an independent non-profit organisation that aims to provide academic and logistical support to historians conducting research into the history of Russia and Eastern Europe in the 20th century. It helps to make historical sources of all kinds available to researchers, and organises conferences and international round table meetings, as well as field trips to gather eyewitness accounts. It issues publications, several of which are translated into English, and a journal (http://historyfoundation.ru/en/publication.php). Researchers from numerous Western countries, the European Union and Israel have taken part in its various activities.

Consequently, the political decision taken by the present Latvian government to ban historians from visiting the Schengen Area is truly scandalous. The Historical Memory Foundation takes the view that it is not for politicians to decide which historians are entitled to take part in any given academic activity. The Latvian government is restricting the freedom to conduct objective historical research on an academic basis. Complex historiographical debate on the history of the 20th century is a matter for discussion among historians, based on authentic sources, not for governments. By taking such a decision, the Latvian government risks appearing to revive the dark hours of history, of which Latvian historians were themselves victims.

Further information about the Historical Memory Foundation can be found at our site http://historyfoundation.ru/index_en.php. 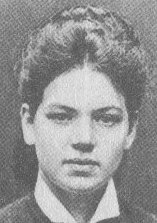 Roger moorhouse, sin tener ni puñetera idea, atribuye la masacre de Volodymir que parece bastanto claro que fueron los nazis de la OUN EN 1941-1942 a la NKVD y se queda tan pancho.
FRIDAY, 29 AUGUST 2014
NKVD massacre site discovered - one of many?
An interesting news story caught my eye yesterday. A piece on the Telegraph website reported that Ukrainian and Polish archaeologists had discovered a mass grave in the grounds of a former castle at Volodymyr-Volynsky in Western Ukraine. According to the investigators, the grave contained some 950 corpses, including both civilians and Polish military personnel. Cartridge cases found at the site were said to have come from the Tokarev TT pistol, the wartime side-arm used by Red Army officers as well as the NKVD. The victims, it is said, had been executed with a shot to the back of the head.

For students of Polish history, this story will seem like "so far, so familiar". It will, of course, be very reminiscent of the Soviet Katyn massacres, where some 22,000 Polish army officers, policemen and others were killed in the spring of 1940 - with the only exception being that, on that occasion, NKVD killers used German Walther pistols rather than their own Tokarevs.

In fact, this is not even the first NKVD mass grave discovered in Volodymyr-Volynsky. Others were discovered in 1997 and again in 2013, containing the corpses of some 700, mainly Polish policemen.

Given the wider political situation in Ukraine at the moment, it is likely that we will hear a lot more of such discoveries. As I noted in my book "The Devils' Alliance" almost every town in the Kresy (Eastern Poland, occupied by the Soviets in 1939) saw murders and persecutions of the local population by the NKVD. Many of them would have witnessed their own "Katyns", especially in the murderous phase immediately before the arrival of the Germans in June/July 1941, when the Soviets disposed of all those 'prisoners' that they did not want to leave alive. At that time alone, it is thought that 3,500 were murdered by the NKVD in Lwow, 2,000 in Luck, 600 in Sambor, 890 in Czortkow, 574 in Tarnopol, 550 in Dubno... and so it goes on.

So, now that Ukraine finds itself at odds with the Kremlin, we can expect to hear of similar gruesome discoveries elsewhere in the country. I suspect that such sites were probably never entirely forgotten and have lived on in folk memory; perhaps their locations are known precisely, perhaps only vaguely. But with the seismic geo-political shift of recent months, the climate is now right for them to be "discovered", investigated and publicised. They certainly give Kiev a stick with which to beat Moscow in its current conflict, but we should see beyond the current squabble and recognise them for what they are: as historically important reminders of the horrors of Soviet rule.
Contenido patrocinado