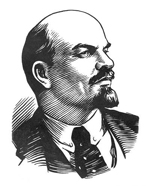 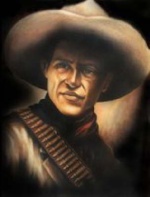 For several months the Red Army retreated. In October, and again in December, the Red Army counterattacked, driving the fascist forces back. This was the first time the Nazi-led forces had been stopped: French and British forces had been quickly routed by the Wehrmacht (German military).

The USSR was invaded not by Germany alone. Most of continental Europe, occupied by Germany, poured its industrial, raw material, and human resources into the invasion. Military units from almost every European country fought on the side of the Nazi army. It's better, therefore, to refer to Hitler's armed forces as the "Fascist" forces.

Finland, Rumania, Hungary, and Italy also declared war on the USSR and sent large-scale armies to the invasion. These same armies collaborated in the mass murder of Soviet civilians, about 15 million of whom were killed, including about 4 million of the 6 million Jews killed by the fascists.

The Red Army faced 80% of all the Fascist (German and allied) forces, far more than did the Western Allies. More Soviet soldiers were killed in the taking of Berlin than American soldiers killed during the whole war.

The Western Allies had tried hard to help Hitler conquer the Soviet Union. There is a huge amount of evidence of this. The most famous examples of it:

* The "Munich" sellout of October 1938, where the UK and France gave democratic Czechoslovakia to Hitler without even informing the Czech government (first the Sudetenland, then in March 1939 the rest of the country). The Bank of England even transferred the Czech gold reserves to Hitler!

* The refusal by the British government in August 1939 to sign a mutual defense treaty with the USSR against Nazi Germany, thus guaranteeing Hitler's victory against Poland in September 1939.

* The refusal of Britain and France to defend Poland when Hitler invaded it on September 1 1939, despite their mutual defense treaty with Poland.

* The "phony war" of September 1939 to May 1940, when France and the UK, though formally at war with Hitler, refused to fight his forces.

* The attempt by the UK and France to send an army to fight against the USSR on the side of pro-German Finland during the Russo-Finnish War of December 1939 - March 1940.

The Soviet victory heralded the advance of communism throughout the world. This terrified the capitalists, who began inventing lie after lie about the Soviet role in the war, the Red Army, and the communist forces generally.

These lies have accumulated, and continue to be spread as "truth". One recent collection of such falsehoods is the book by Yale professor Timothy Snyder, "Bloodlands". It is yet another attempt to equate Stalin and Hitler, communism and fascism. There are many other lies about the Soviet role in defeating the Nazis. It's important to expose such lies — though that never stops the anticommunists from spreading them and inventing others.

Today a new fascism is on the advance. Without the example and the threat of a socialist bloc the world's capitalists see no reason not to drive the living standards of workers as low as they can possibly go.

All over the world the capitalist forces are attacking the wages, benefits, and living standards of working people. In Europe the "welfare state" is under sharp attack. In the US what little social welfare programs we ever enjoyed are being swiftly eroded.

The capitalists aim to focus the attention of working people on these issues instead of on the basic facts of capitalist exploitation. Meanwhile the capitalists get richer and richer.

As in the past, the logic of all this capitalist exploitation is international competition and war — eventuallyl another world war, if not several massive wars. Unchecked, capitalism leads to war for imperial conquest, or imperialism; and war among the capitalists, to divide up the world.

This is a really dismal future! The question is: What can we do about it?

The answer is: We need another world-wide movement for communism! One that has learned from the errors of the communist movements of the 20th century while building on its successes.

I see no other way forward for ourselves and those who will follow us.